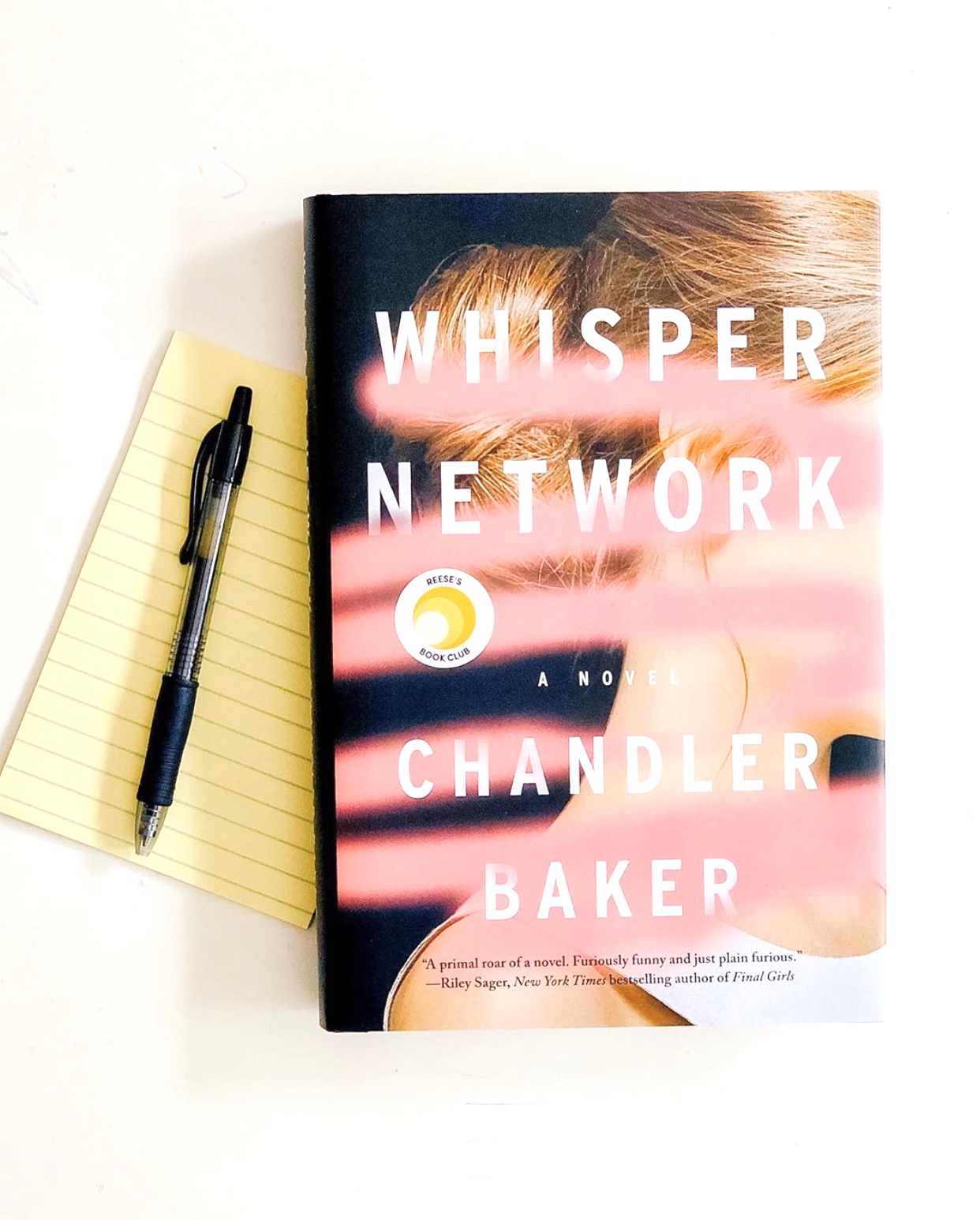 Reese’s Book Club strikes again! I found Whisper Network by Chandler Baker both honest and timely in light of the #MeToo movement. Tack on the fact that there’s a lot of truth to to this tome and I am SOLD. While the writing is choppy at times, this book is fast-paced, funny and full of twists that keep you turning the page. It’s filled with strong, smart female characters and a zinger at the end. Love me a zinger.

What I personally found compelling is the book is based on a real-life “Shitty Media Men” list — an anonymous list that collected a range of rumors and allegations of sexual misconduct, much of it violent, by men in magazines and publishing. The secret, crowdsourced document was a first attempt at solving what has seemed like an intractable problem: how women can protect ourselves from sexual harassment and assault.

Whisper Network does a wonderful job marrying a covert list, a sexually abusive executive and strong boss women with aplomb.