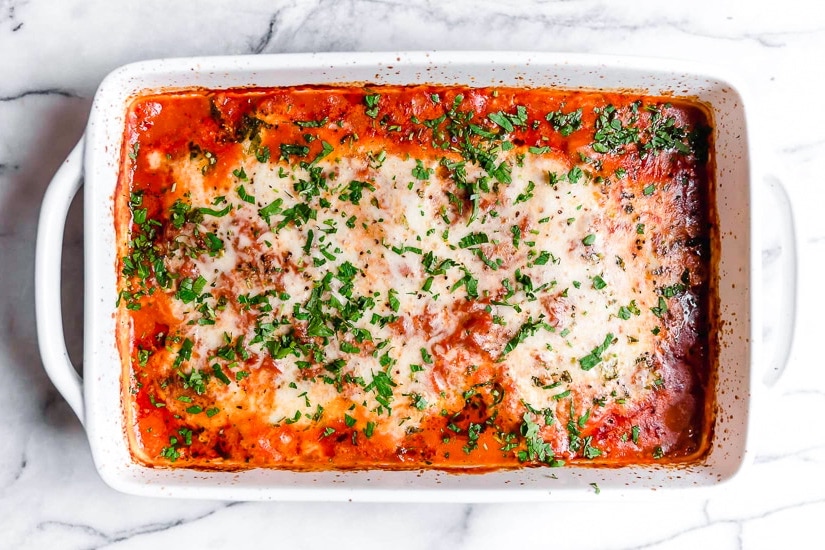 Seeking a savory and cheesy vegetarian dish? Eggplant parm hits all the marks in my book. But before firing up the oven, I take the bitter taste out of the eggplant prior to frying it by slicing it (long wise, not in rounds) and placing them in salt water for a couple of hours. Also, I keep the skin on the eggplant as it’s packed with nutrients. Here’s my version of eggplant parm passed down from my mama:

After taking the bitter out of the eggplant, lightly dust each side of eggplant slices with flour. Fry each eggplant slice in olive oil until golden brown on each side. Next, take an oven dish and coat the bottom with a thin later of Rao’s marinara sauce with 1 packet of brown sugar (doing this makes the sauce sweeter and less acidic). Next, layer with fried eggplant, ricotta cheese and mozzarella cheese until you run out of eggplant. Cover with sauce and mozzarella cheese. Bake at 350 degrees for 20 minutes. Mangia!