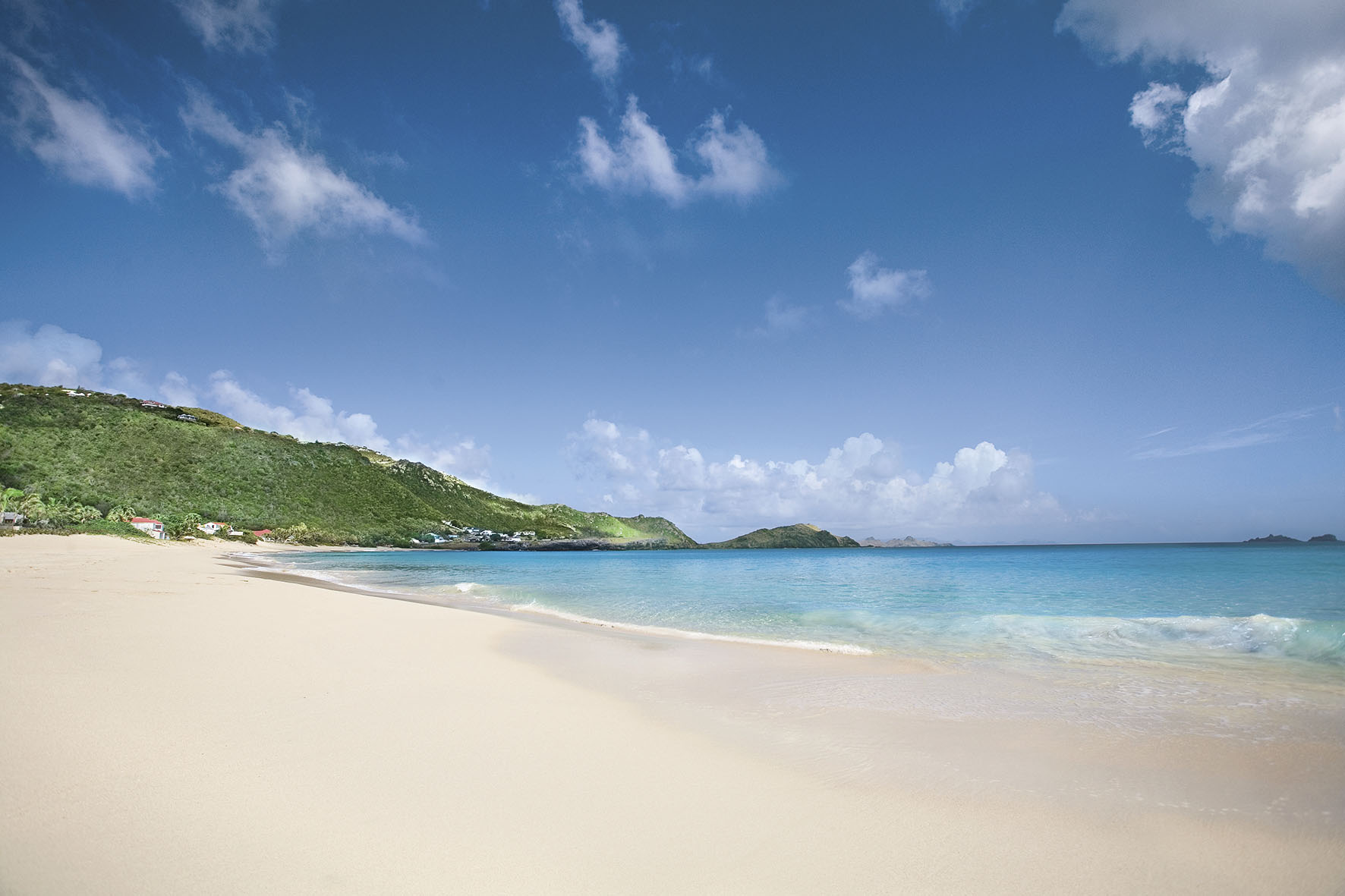 Perhaps it’s the pristine beaches. Maybe it’s the A-list celebrity sightings. Or the endless rosé lunches. St. Bart’s remains the crown jewel of the Caribbean when it comes vacationing like royalty. Just a four-hour jaunt from Miami, the Gallic island offers five-star hotels, multi-million dollar villas, luxury shopping, swanky restaurants and clubs unlike any other island compliments of its Saint Tropez-meets-the-Caribbean laissez-fare lifestyle. And while Hurricane Irma devastated the island this past September, the community has been busy rebuilding itself with many of its hotels slated to re-open by this summer.

Cushy accommodations aren’t hard to come by here. Cheval Blanc is a no-brainer as it’s directly nestled on Flamands beach (photographed above) — wrapped in an ultra chic vibe. The open-air lobby here is the thing of dreams and its 40 rooms, suites and villas are immaculately designed to the point you will want to create a vision board in their very honor. Massive turtles freely roam through the tropical gardens so be sure to offer them a pink hibiscus flower should the opportunity present itself. 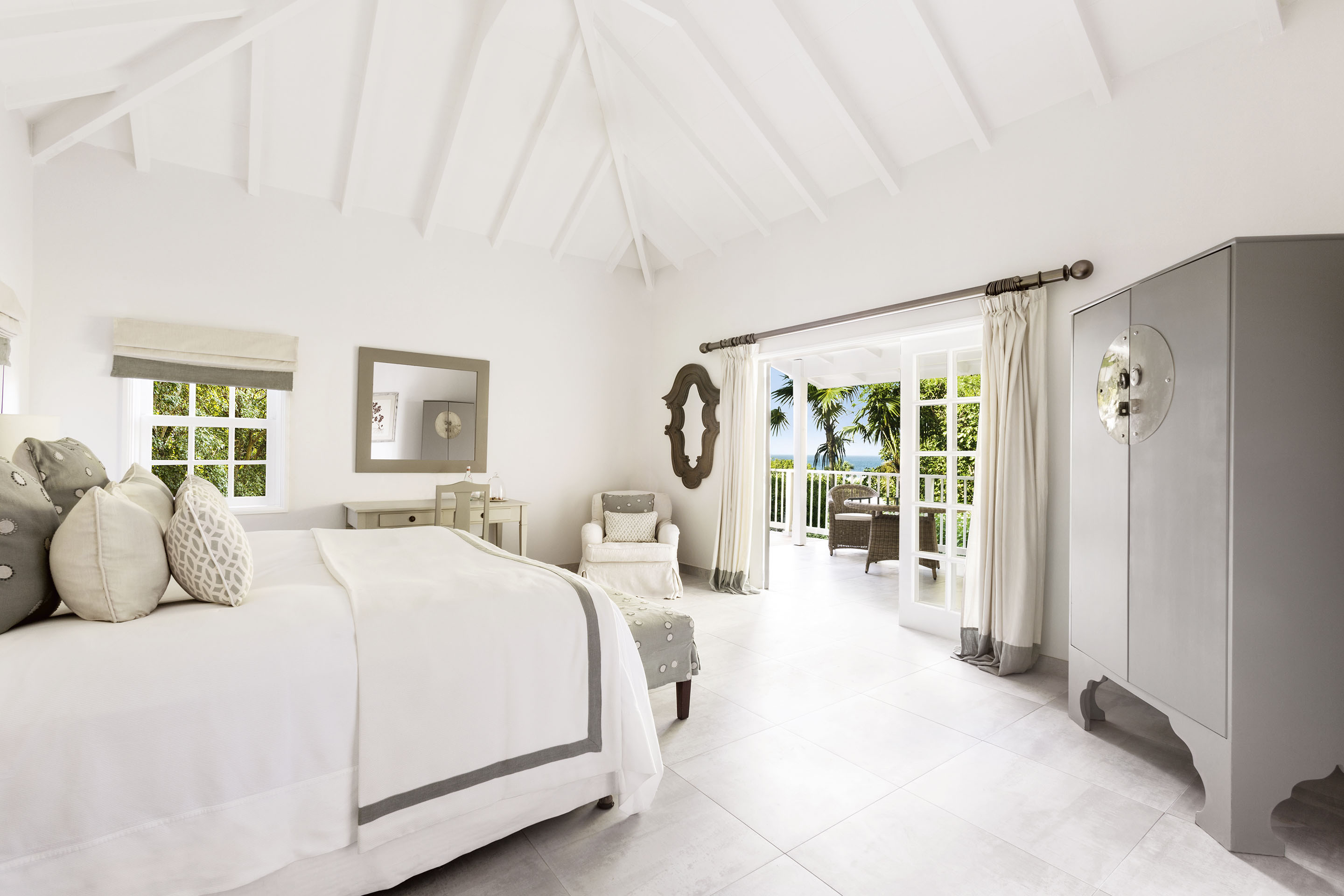 It’s important to note Cheval Blanc is home to a sensorial Guerlain spa — so once you’re done whiffing all those heady parfums in the waiting area, get ready for Zen once you’re in the hands of your expert facialist who will give you a J. Lo glow in under an hour.

After ooh-ing and ahh-ing over the posh property, hop into an adorable open-air Moke (the unofficial vehicle of the swanky island) and head to Gustavia harbour. Peppered with high-end boutiques such as Hermès, Louis Vuitton and Cartier, be sure to pop into Calypso, Lei’l, Vanita Rosa and Lolita Jaca where the breezy caftans and tunics are literally to die for. Yes, we just said that. For the gentlemen, snoop around Sun Barth which is teeming with colorful swim trunks, designer sunnies and aquatic shoes you won’t find back home in the States.

For a casual lunch (read: kitschy dive bar) in the center of Gustavia, check out crooner Jimmy Buffet’s old stomping grounds and the muse behind his hit “Cheeseburger in Paradise” — Le Select. Order up a burger, fries and knock back a few cheap beers as a solid Parrothead would for a totally divine and unpretentious experience. You’ll be singing “Margaritaville” soon. Promise.

Do not miss dinner at Bonito. The scene-y restaurant serves up drinks replete with rubber ducks and egg-froth foam and offers a breathtaking view of the island below. Wrapped in a beach-chic ambience, the people watching here is bar none as is the South American cuisine.

Lastly, tap into the island’s funky and sexy spirit at Le Ti. The budoir-themed tavern throws legendary full-moon parties and cabarets. Dancing on tables aside, guests are beckoned to play dress-up compliments of Le Ti’s playful costumes. As the champagne bottles pop around you, be sure to spy on your neighbors. You may just spot Leonardo DiCaprio or Beyoncé there — after all, this is St. Bart’s.

There are no direct flights to St. Bart’s… unless you charter your own plane. With this said, we took take the American Airlines flight from Miami International Airport to San Juan, Puerto Rico. We then jumped on a swift one-hour flight with Tradewind Aviation directly to St. Bart’s. Pro tip: This flight is not for the faint of heart as St. Bart’s runway happens to be the shortest in commercial aviation. If white-knuckle landings aren’t your cup of tea, fly directly to Saint Martin and hop on a 30-minute ferry to Saint Bart’s via Voyager.