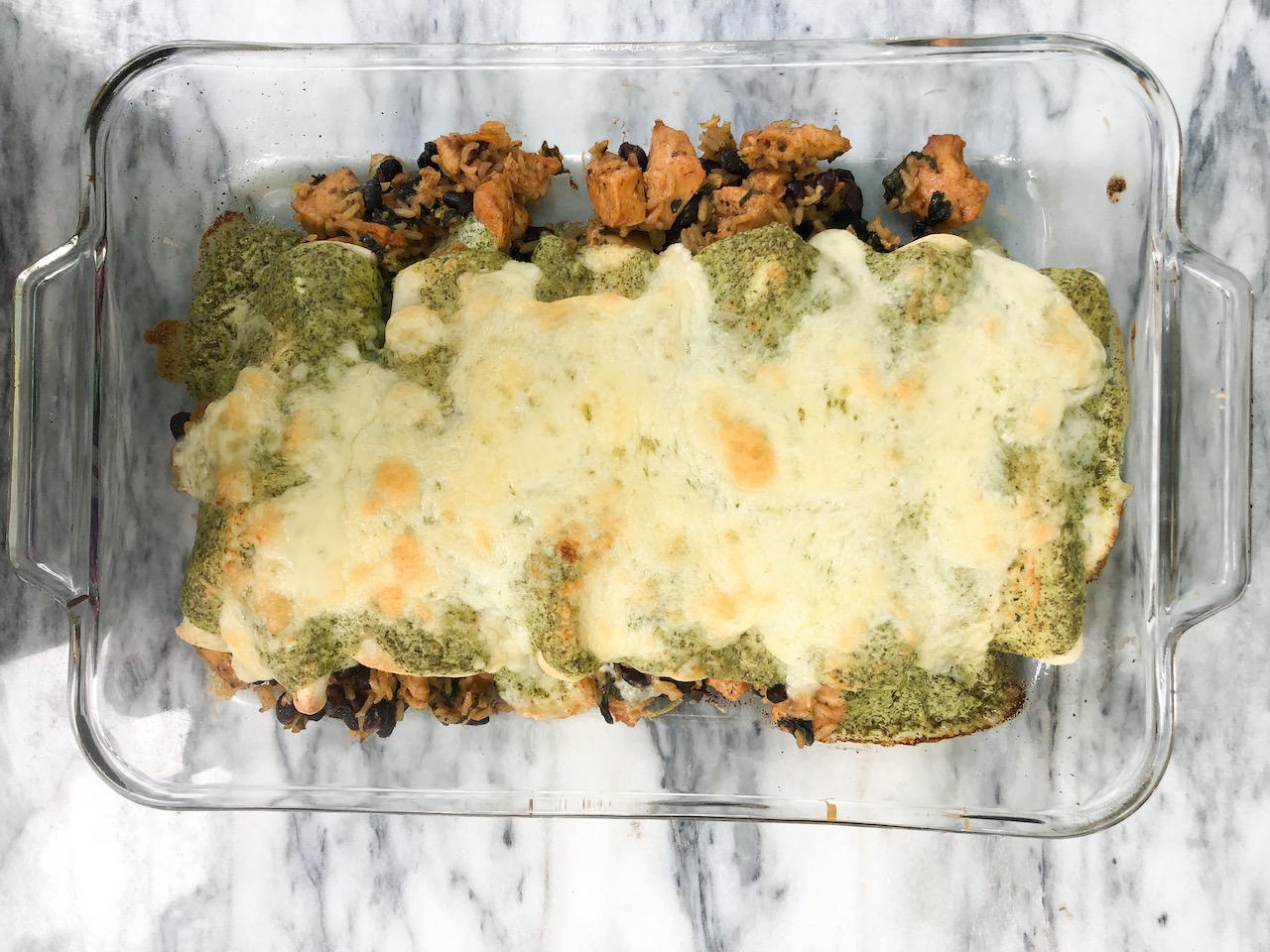 I was getting bored with my usual recipes, so we ordered Blue Apron (not an ad, just a fan and sharing with you) this week and this chicken, black bean and kale enchilada recipe was a solid ten. With this said, here is the recipe and steps.

Place an oven rack in the center of the oven, then preheat to 450°F. Pat the chicken dry with paper towels. Season on both sides with salt, pepper, and half the spice blend. In a large pan (nonstick, if you have one), heat 2 teaspoons of olive oil on medium-high until hot. Add the seasoned chicken. Cook 6 to 7 minutes per side, or until browned and cooked through. Transfer to a cutting board. When cool enough to handle, roughly chop, then transfer to a large bowl. 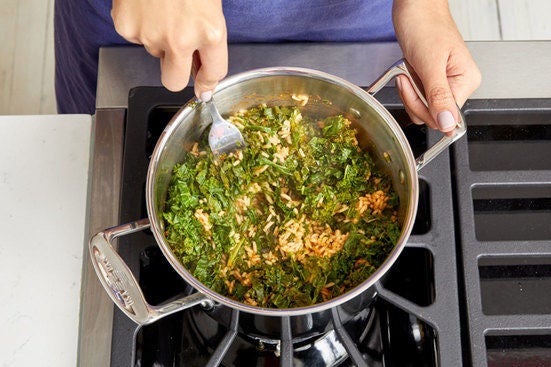 While the chicken cooks, wash and dry the kale. Separate the leaves from the stems; discard the stems, then thinly slice the leaves. In a medium pot, combine the rice, remaining spice blend, a big pinch of salt, and 1 cup of water. Heat to boiling on high. Once boiling, place the sliced kale on top of the rice. Reduce the heat to low. Cover and cook, without stirring, 12 to 14 minutes, or until the water has been absorbed and the rice is tender. Turn off the heat and stir to combine.

While the rice and kale cook, drain and rinse the beans. Grate the cheddar on the large side of a box grater. In a bowl, combine the cilantro sauce and half the sour cream. Taste, then season with salt and pepper if desired. 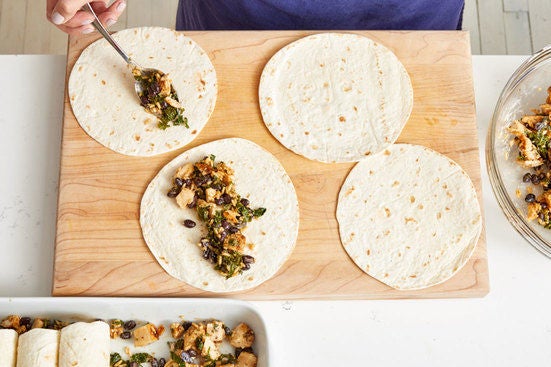 4) Make the filling & assemble the enchiladas:

To the bowl of chopped chicken, add the kale rice, beans, cotija, remaining sour cream, and a drizzle of olive oil. Stir to combine. Taste, then season with salt and pepper if desired. Place the tortillas on a work surface. Spread about 2 cups of the filling into the bottom of a baking dish. Divide the remaining filling among the tortillas; tightly roll up each tortilla around the filling. Transfer to the baking dish in a single layer, seam side down. 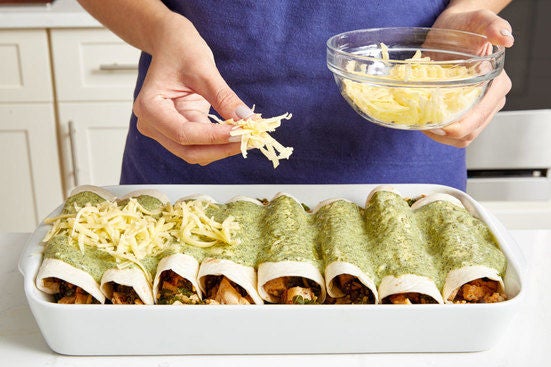 5) Bake the enchiladas & serve your dish:

Evenly top the enchiladas with the sauce and grated cheddar; season with salt and pepper. Bake 8 to 10 minutes, or until lightly browned and the cheese is melted. Remove from the oven and let stand at least 2 minutes before serving. Enjoy!